A Huge Can of Worms, I Mean Ants 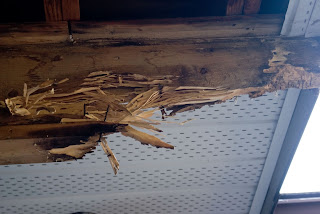 Beneath the siding I discovered several ant nests and a two by ten that had been eaten down to the size of a two by four. 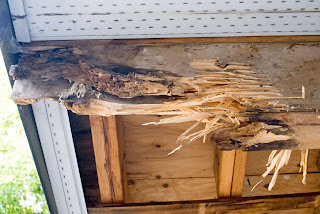 So a simple repair job turned into a much more involved structural replacement job.

First step finding out just how bad the damage was.  This meant digging back into the house removing siding and sheathing to see how far the ants had gone, lucky they did not go far and had only damaged one structural member (all be it an important one).

Having found all the damage I could then go about repairing it.  No small task.  A temporary wall went up to take the load off the roof rafters so the beam could be removed and a new one installed. 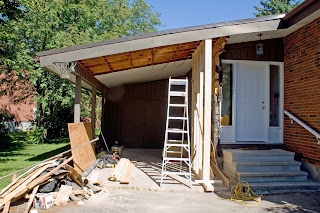 After the new beam went in the temporary wall came down new plywood sheathing went up followed by an air barrier, strapping and finally the new siding. 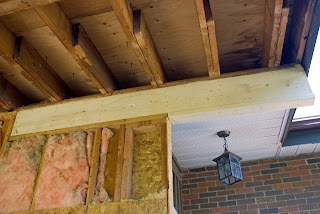 Later this year I will be going back to paint all the new siding that was installed after I replaced the beam.

Was a good project, fun to do.  Involved a few sustainable solutions (deconstruction instead of demolition,  recycled materials, and materials that can be recycled).  Now on to the next one.

Cheers
Hans Christopher
Posted by Hans at 17:23 No comments:

Email ThisBlogThis!Share to TwitterShare to FacebookShare to Pinterest
Labels: Construction

OK so these tips may not be cool as in hip, styling , or happening, but these tips may help you stay cool this summer, especially if (like me) you lack air conditioning in your home.

The simple close line.  Hang your stuff out to dry on a line instead of using the dryer.  You will save on energy and not generate heat running the dryer.  Best location for a close line is out side in area that gets lots of sun (and a breeze would be fantastic).  If you cannot find a space like that no worries.  Just about any place will work, so long as the humidity is not to high (close line in a sauna not so good). 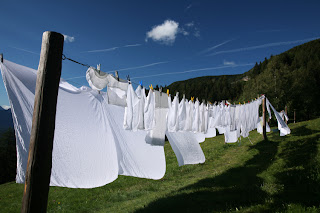 LED light bulbs and LED fixtures.  New LED bulbs are amazing the bulbs last for a long time so you won't be spending money on replacements frequently and fewer replacements mean less waste.  Yes they cost more initially but reports indicate you can recoup the cost in energy saving in two years.  They also produce virtually no heat helping to keep your home cool. 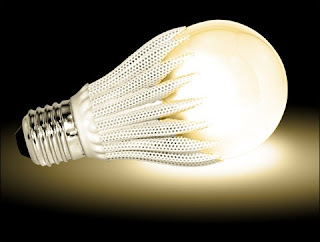 Use a barbecue (grill for my American readers).  Gas cooking is more efficient then electric cooking so you can save energy, and cooking outside won't heat up your home. 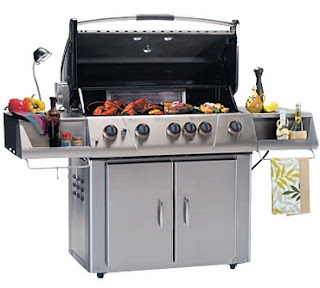 Cheers
Hans Christopher
Posted by Hans at 18:25 No comments: 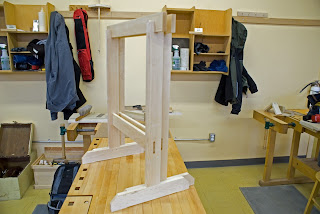 It is fun to go back and build a series of these saw horses.  You may have recalled back in January I built my own set of sawhorses as part of 12 week curriculum.  The fun part is seeing how much faster I have gotten at  the operations necessary to construct the horses. 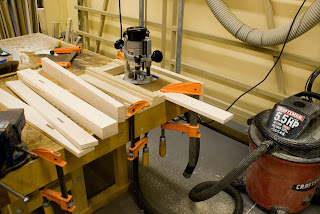 Having everything close at hand, ready to go into the jig and the jig clamped down meant the whole routing operation took only 20 minutes.  Hoping tomorrow to finish it all off.

Cheers
Hans Christopher
Posted by Hans at 20:25 No comments:

Email ThisBlogThis!Share to TwitterShare to FacebookShare to Pinterest
Labels: Shop

Horses In The Shop

This week I am taking a break from my coffee table project to help out at Rosewood to build two sets of sawhorses for the school.  Yesterday I managed to get all the rough maple milled to final dimension, and prepared to have all the joinery cut. 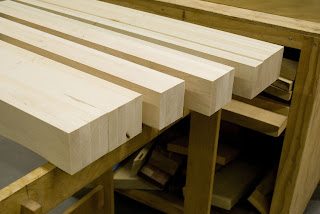 The saw horses are around 32 inches tall, 26 inches wide and 16 inches deep, and everything gets held to get with mortise and tenon and half lap joints.  Nothing revolutionary.

While I am building these saw horses Ron is in the bench room this week teaching a new group of eight woodworkers the basic of hand tools. 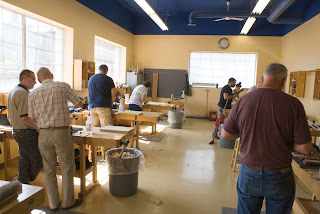 This is the first week of a two week basics in fine woodworking class.  The class will be running again in August and right now there are still spots available, so if you ever wanted a comprehensive introduction to woodworking this is a great value and a fun time.  Bonus Perth is lovely in August.

Cheers
Hans Christopher
Posted by Hans at 08:15 No comments:

Over the weekend I have been setting up and organizing my new home office.  My company H3 Design & Construction (which I started back in 2011) is starting to get busy, and now needs some permanent office space.  The house I moved into in April has a small room on the back over looking a yard and was previously a bedroom (was a very tight space when the previous tenets had a bed in here).  It now is my home office and it seems to work great.  Everything is organized and close at hand making the space very efficient. 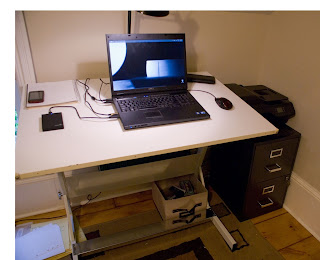 I have a drafting table which I use as a desk, a file cabinet to sort all the paper work and holds up my new printer, a new 1 TB hard drive rounds out the office so far.  More additions and alterations (I'm sure) to come.

Next week at Rosewood Studio there will be a class of eight people, so I will be off my bench for two weeks.  I will be helping out in the class, running around preparing material for demos and generally lending a hand.  I look forward to meeting a new group of woodworkers, should be lots of fun.

And it's raining again, what a wet summer this year.

And finally you may have noticed a few changes to the blog's aesthetics.  I have been updating the blog to match more with my company's look.  I like the new look, miss the old because it was the original blog.  All things change though.

Cheers
Hans Christopher
Posted by Hans at 20:14 No comments:

Email ThisBlogThis!Share to TwitterShare to FacebookShare to Pinterest
Labels: Office

My gawd when did I get so busy.  In three days I finished a drywall repair job (yes begrudgingly I did some drywall work), continued with my coffee table base,  received a commission for a coffee table, was asked for an estimate on a deck and a fence, a estimate for a concrete slab and preliminary design and research for a home I am helping to design.  This means I have been spending more time at the drafting table and computer then I have in the shop. 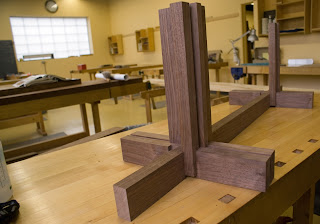 The work in the shop is going very well.  I am currently building a large slab coffee table.  I have designed and engineered it myself (with some suggestions from Ron).  I went through a few design mock-ups, sketches and drafts, but now the solid walnut version is coming together and looks fantastic. 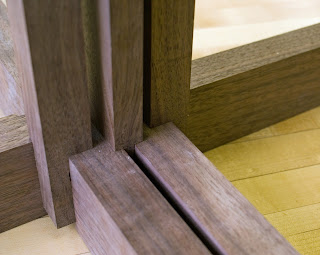 Getting the 12 legs to fit into the trestle stretcher takes a lot of patience and accuracy to get a tight fit.

Cheers
Hans Christopher
Posted by Hans at 20:41 No comments: