Short post today...to those of you who are tired of reading my ramblings you are welcome.

The bench is coming along nicely.  I have the tenon on the top cut so that I can add the end cap eventually. 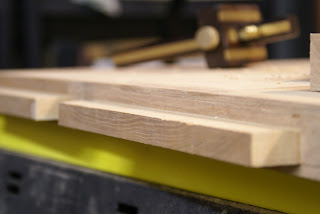 A rather large hand cut double tenon.
I used a plow plane to establish the shoulders
this was more accurate for me then trying to saw the shoulders.
I then used a 1 1/2" chisel to create the rest of the tenon.﻿
I have also started the dog hole strip.  Cutting all the dog holes by hand is a long process but a lot of fun.  I start with some simple pencil layout lines.  Then I knife in the lines on the top surface where the cut will be visible on the finished bench.  I then use a chisel to make a first class saw cut notch (this helps create a cleaner cut line as well as guide the saw.  I cut the two side walls then use a chisel to waste out most of the material.  I finish off with a router plane to achieve a uniform depth. 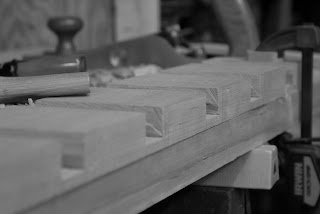 I am now about half way through the dog hole strip.  Once I get the remaining dog holes knocked out I will glue on the backer and then glue the whole piece to the rest of the top.

And now because it has been a long time since I posted some random pictures here are more from my travel to Italy a few years ago. 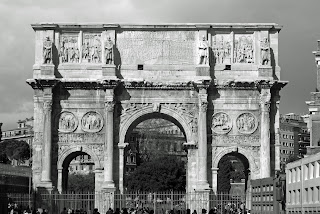 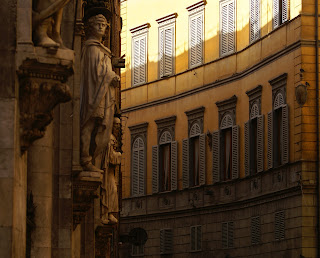 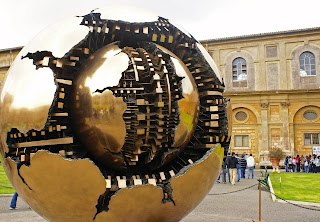 Now I am off to enjoy the sweet sounds of the Tragically Hip and the awesome weather we have for march (stupid global warming).
Cheers
Hans Christopher﻿
Posted by Hans at 17:25 No comments:

Starting A New The Heart of The Shop

So what do a jack plane, a jointer plane, three levels and a whole stack of 6/4 cherry have in common...If you said the makings of a brand new workbench then your right.  If you said anything else you may also be right but im not sure so drop me a comment and let me know (shameless request for more comments).

So yes finally I have begun the bench build *arms in the air cheering*.  I recieved the Benchcrafted Shaker Bench Package for Christmas and now after a trip to my local lumber yard I am ready to begin.

I got my cherry lumber into the shop and let it sit there for almost two weeks before I started to work with it.  I let the wood sit for two weeks so that it would acclimatize to the shop; I'm hoping that will minimise warping once I start milling the lumber. 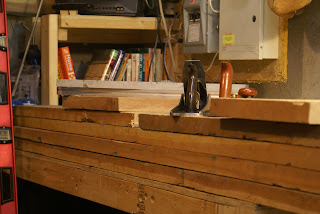 ﻿
Three 8' boards of 6/4 cherry and some random offcut pieces
First stage of construction is to flatten the three monster planks of cherry, and I mean monster.  All three were 8' long and the widest was 14 1/2" wide. I started with my long angle jack plane set up with a 25 degree blade; the low angle made taking traversing passes a breeze.  After the jack plane I moved up to my number 6 Stanley and took some diagonal passes along the lumber. 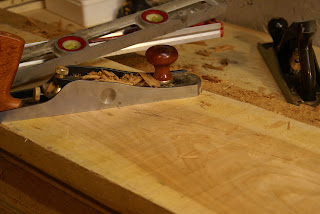 ﻿
﻿
Jack Plane traversing passes.﻿
I did a rough flattening to one side of each piece; I only worked to take out the majority of the cup and elimainated all twist, so that I could flatten the opposite side by running it through the power planner. 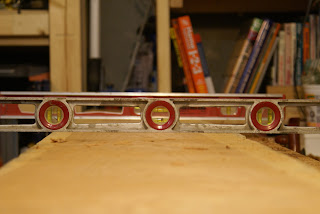 ﻿
﻿
No more twist, so ready for the planner.﻿
﻿
After the pieces had passes through the planner I started to think about gluing up the bench top.  I picked the two pieces I wanted for the bench top and then jointed one edge of each of them so I could get a nice tight glue joint, and then ran the opposite side through the table saw to get a parrel edge (really hard to do with a small tablesaw thank gawd for a roller stand) 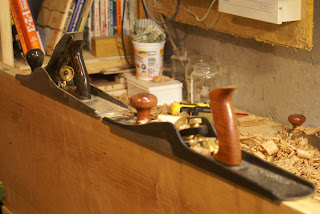 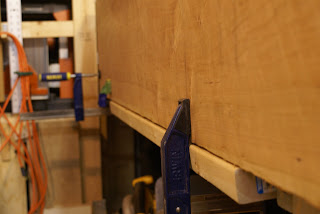 Edge jointing and the creative support solution﻿
After the glue up was done it was on to cutting the top to its final length.  With a pencil and marking knife and a good square and a good straight edge I laid out the two cross cuts, one at either end, and then went and grabbed my panel saw and made the cut. 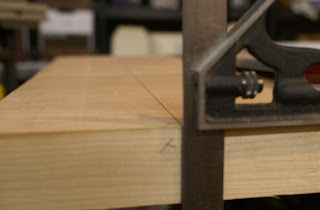 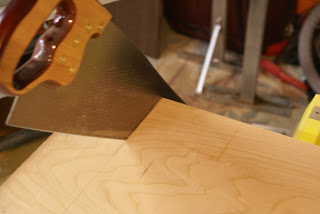 Crosscutting the top﻿
Well as it is now the top is the the right size.  The next step will be to add the aprons and dog hole strip.  After that it is on to the wagon vise.  And then it is onto the base and on and on.  Stay tuned.

The online woodworking community is a tight group of loving a dedicated people united by one common theme.  The love of working wood, so when you of us is attacked it doesn't matter who cuts pins first, who hand thickness, who prefinishes or who free hand sharpens.  When one of us is attacked we all are.

Marc Spagnuolo has been at the front of woodworking over internet community and now this man who has given us all so much is in need of some help.  His website http://www.thewoodwhisperer.com/ has been attacked by some internet douche baggery.  While this is all very technical and I have very little idea of what is going on there is a woodworker in need here and we do not forget about our own.

So if anyone is has ever been interested in joining the woodworking internet movement now is a great time to show your desire and help out a good man in the process.  Visit his site and maybe buy one of his dvd's, or get a shirt or coffee cup, or sign up for the guild and get working wood.

Marc we wish you the best of luck in this time.  Best wishes to you and your family.